Elastic Plastic Surgery, Elastic MACS lift, Elastic face and neck lift, Elasticum suture, Jano needle Adipofilling, mixed Face- and neck-lifting procedures have been revolutionized by a new, impalpable, non-absorbable elastic thread mounted on an innovative non-traumatic two-tipped needle (Elasticum suture Korpo). This elastic thread does not cut into the tissues and is transformed into a ligament that stabilizes the result. With the two-tipped Jano needle, there is no need to dissect the tissues, and we can act close to the defect that we want to correct.

Elastic lifting of the cheeks and malar regions

Two small incisions are normally made, through which three suspension triangles are created: two for the cheeks and one for the malar region. The base of the Isosceles triangles that are created by the elastic thread is anchored to the temporal fascia. The malar vector must be short and superficial. This procedure is performed when the skin at the sideburn cannot be pinched between two fingers.

If the skin at the sideburn can be pinched between two fingers, elastic MACS lifting is performed. The incision crosses the sideburn and stops at the tragus; dissection is limited to the tissues below the sideburn, and extends slightly beyond the zygomatic arch. The cheeks are not dissected. Three elastic threads are implanted, which lift the tissues contained within the Isosceles triangles. The base of the Isosceles triangles can be extended by inserting the two-tipped needle into the dissected area and causing it to emerge from the surrounding skin. In the malar region, the triangle is superficial and does not extend beyond the apex of the zygoma. Through the same access used for MACS lifting, a tunnel is created above the fascia of Loré in order to perform neck lifting. All the excess skin of the dissected flap below the sideburn is marked out by means of the Pitanguy pincers and removed. The deep tissues of the flap are anchored to the temporal fascia. In elastic MACS lifting, placing the skin under traction helps to maintain the result.
Result after two years.
Variations are allowed. An Isosceles triangle places the external canthus under traction, thereby achieving elastic canthopexy. From the incision used for MACS lifting, a pre-auricular tunnel is created, and the elastic thread is anchored to the fascia of Loré. In the contralateral fascia of Loré, the elastic thread can be anchored percutaneously or through a tunnel. The first run of the elastic thread follows the design of the cervicomandibular angle. The second run may be above or below the first, at a distance of about 1 cm from it. If above, it supports the submental tissues; if below, it places the cutaneous tissues of the anterior lower neck under traction.
No skin dissection; no tissue removal; no visible scar.

Liposuction of a double chin and elastic neck lifting

Liposuction is exclusively horizontal and is performed with a 2 mm cannula through two small lateral incisions. Elastic neck lifting is performed through an 8 mm incision behind the lobe of one ear. Dissection of a few cm2 is performed over the fascia of Loré. The elastic thread is anchored to the fascia of Loré. The Jano needle follows the design, rotating through 180°. The depth of implantation varies from 1 cm along the lateral pathway to ½ cm along the anterior pathway. The operator checks the depth by observing the depth-marks. The tip of the Jano needle must never come out of the tissues. No dissection of the neck. No trophic damage to the tissues. Having reached the contralateral fascia of Loré, the two-tipped needle anchors the elastic thread percutaneously. The two-tipped needle returns along a pathway parallel to the first. With the aid of the spreader, the needle emerges from the small entry incision. The two ends of the elastic thread are placed under tension and knotted.

Safety-pins are used when drooping of the neck skin is particularly marked. A 6761 blade is used to make five 2 mm incisions between the two parallel elastic threads or... -three micro-incisions: one central and two lateral. Through an 8 mm incision behind the lobes of both ears, the tissues above the fascia of Loré are dissected. One or two safety-pins can be used in the median incision. The two parallel threads, which have been kept out of the small incisions by the safety-pins, are sutured together with a 5-0 polyester thread. Fixing the threads together prevents the skin from sliding downwards and creating a skin fold. The excess skin is used partly to cover the redefined cervicomandibular angle and partly to correct the emaciation of the neck. Slackness of the neck skin depends to a great extent on the slackness of the facial tissues; this is corrected by means of elastic MACS lifting, which removes the vertical tissues in excess.

Elastic canthopexy can be performed through the incision used for MACS lifting or through an incision of a few mm at the hairline. The traction vectors are drawn; these may be different if the eyes are symmetrical. The small incision is made and the elastic thread is anchored to the temporal fascia. Having created the base of the Isosceles triangle, the Jano needle continues in the direction of the canthus. A few millimeters from the canthus, the Jano needle, which was previously superficial, anchors the elastic thread in depth to the retinaculum. The two-tipped needle continues along its pathway, emerging from the small skin incision. The two ends of the elastic thread are pulled tight and knotted. Complementary procedures to canthopexy are: upper blepharoplasty (frequent) and elastic lifting of the eyebrows and temporal region.

Elastic lifting of the eyebrows and temporal region

A small incision is made at the hairline. The Jano needle anchors the elastic thread to the galea capitis. The two-tipped needle rotates and anchors the elastic thread to 1 cm of the galea capitis; it then becomes superficial and passes under the eyebrow. In the last tract, the needle passes immediately beneath the superficial fascia; it then penetrates more deeply, emerging from the small entry incision. If there is a lot of skin, a second elastic thread is implanted through the same incision. The depth-marks are counted. Elastic lifting of the eyebrows and temporal region, together with Adipofilling. If the temporal fossa is visible, it is corrected by means of Adipofilling during the same procedure. The Adipopimer creates the Adipofilling cell suspension in a few seconds. In volumetric Adipofilling, a small quantity of suspension of single living cells is often added to the suspension of small lobular fragments. As neither the cellular nor the volumetric suspension freezes, they can both be conserved at temperatures from -25°C to -81°C. Elastic lifting of the upper lip with two threads. Elastic lifting of the upper lip can be performed with two elastic threads, the effect being mainly preventive. Or, alternatively, with three elastic threads, or with two elastic threads plus skin excision. Excision does not extend beyond the nostrils.

Lifting of the upper lip with three threads

The traction vectors are drawn out. Access is through an 8 mm incision behind the lobes of the ears.
Dissection of a few cm2 is carried out immediately above the fascia of Loré. The elastic thread is anchored to the fascia of Loré to form the base of the Isosceles triangle. The triangle lifts the skin and subcutaneous tissue, redefining the jawline. The procedure is often performed together with elastic lifting of the cheeks or after elastic MACS and neck lifting.

Elastic lifting of the upper and lower neck

These procedures correct drooping of the upper and lower neck. Two Isosceles triangles are created in the upper or lower portion of the neck. As always, traction is exerted close to the defect. All the tissues inside the triangles are drawn laterally.

Adipolysis (Timed Korpo) of excess fat before elastic neck lifting with safety-pins. Adipolysis reduces the adipocytes and does not cause fibrosis; for this reason, compression is not necessary. 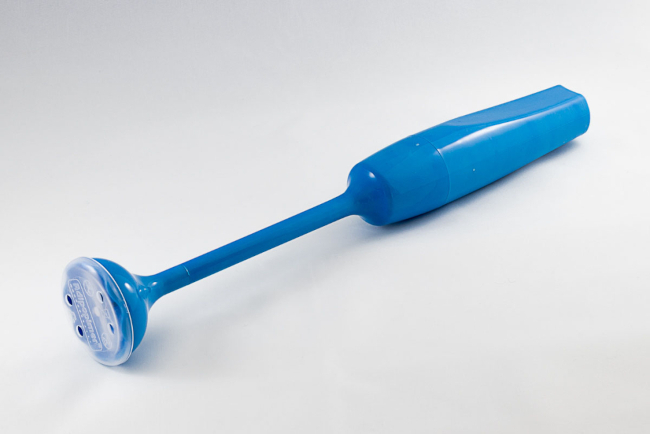 Elastic liftings are efficacious, mini-invasive, outpatient, ambulatory technique, that yields long-lasting results. The tissues do not suffer any trophic damage. The results are very natural, and the scars are not visible. As the technique is mini-invasive, it can also be used to prevent gravitational ptosis in patients in the 3rd and 4th decades of life. After the procedures, an antibiotic ointment is applied; no medication is needed. The hair normally covers the small alterations of the tissues lifted, which disappear after about one month.  The results of elastic lifting can easily be maintained over time by implanting further elastic threads through incisions of a few mm. If necessary, the results can easily be improved by means of the ancillary techniques.

See the FAQ in the individual interventions.